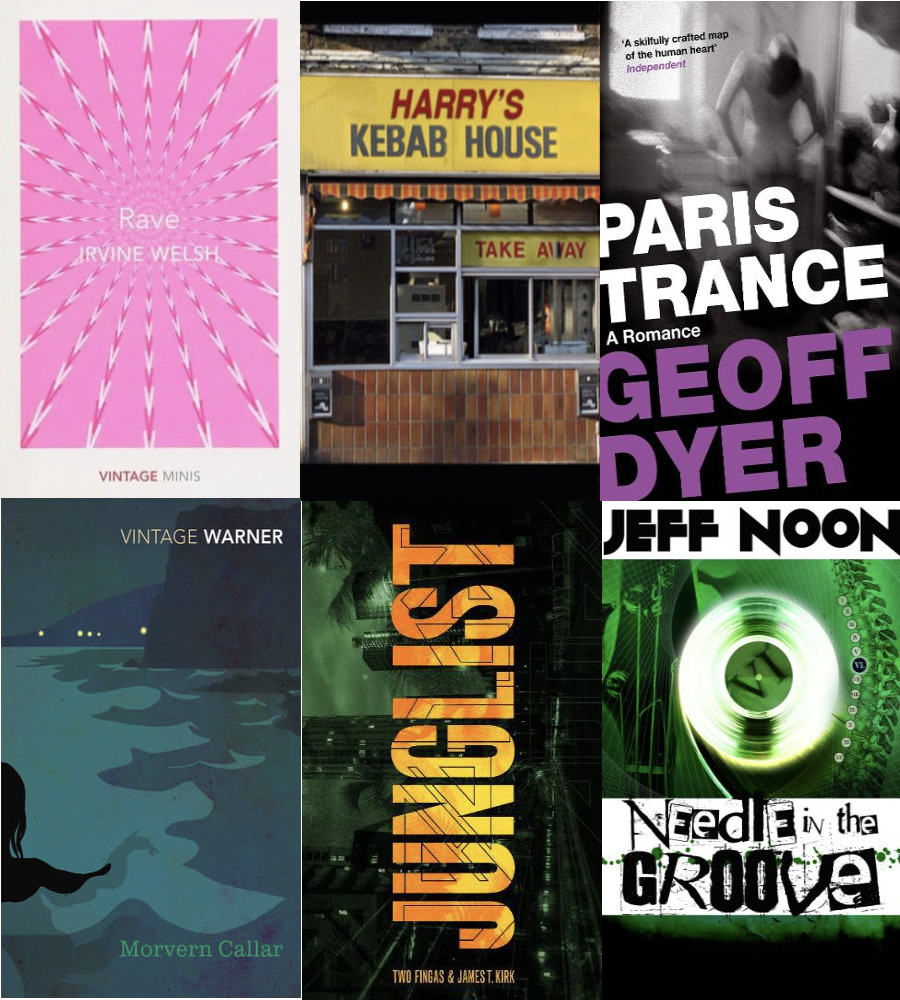 With the recent release of our first fiction title Trip City by Trevor Miller, we thought we’d compile a list of other dancefloor driven literature worth your attention. 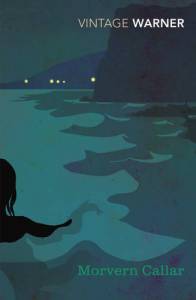 Morvern Callar – Alan Warner
Alan Warner’s critically acclaimed first book centres on a 21-year-old supermarket employee called Morvern, who lives in the small port town of Argyll in Scotland. After her boyfriend commits suicide, the protagonist has a highly unconventional response, going on a wild trip and at one point, escaping Scotland for the Spanish club scene. Morvern’s dark, first-person narrative makes for a compelling story about a young woman’s personal transformation. The book was later made into a film directed by Lynne Ramsay, featuring a soundtrack including artists such as Aphex Twin and Boards of Canada. 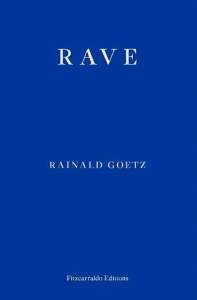 Rave – Rainald Goetz
First published in 1998, Rave was only translated into English by Adrian Nathan-West last year. Written by legendary German pop-culture writer Rainald Goetz in collaboration with DJs Sven Vath and Westbam, this classic book takes a dive into nineties techno culture. Set against the backdrop of the recent unification of Germany and the ‘second summer of love’, the book touches upon a wide range of topics: From internal monologues describing the essence of a great techno set, to conversations about drug culture and Trainspotting. Goetz’ experimental and fragmentary evocation of the sensory experience of clubbing makes for a transporting reading experience. 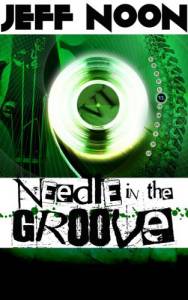 Needle in the Groove – Jeff Noon
Another experimental novel, Needle in the Groove, continues Jeff Noon’s previous dance music related sci-fi publications. Set in an imaginary, dystopian Manchester with ironically named streets such as ‘A Street Called Gerald’ and ‘Ian Curtis Boulevard’, the text reads as if it were a series of song lyrics set to the rhythm of high-bpm dance music. Originally published in 1999, the book follows a washed-up Mancunian bass player named Elliot, who becomes part of a band that has managed to discover a liquid that contains continuously remixing dance music. But just as the band begin to do well, the drummer goes missing. Noon seamlessly intertwines Manchester’s music heritage, from the punk scene to acid house, with Elliot’s journey. Noon’s influence came from the city’s amazing dance music scene, with the author often using techniques such as remixing and dub to transform stories in different ways. 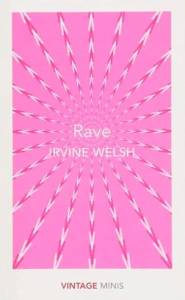 Rave – Irvine Welsh
No list of this ilk would be complete without a mention of the so-called ‘poet laureate of the chemical generation. Irvine Welsh has consistently drawn on aspects of rave culture for his work. Using excerpts taken from his book Ecstasy, this novella explores the pilled-up protagonist Lloyd, who pushes his weekends to the extreme. Written using Welsh’s signature dialect, the book provides an insightful glimpse into the Scottish rave scene. 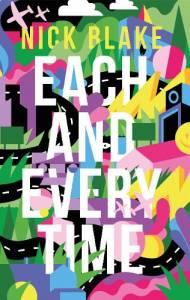 Each and Every Time – Nick Blake
Unlike most of the other older novels on this list, Each and Every Time was published more recently, having been released in January of 2020. Danny Lee is a middle-aged, ex-Hardcore enthusiast who embarks on a reflective journey of his hedonistic early years, after going to a funeral in Essex and finding an old box of his memorabilia. The countryside, flashbacks and old pirate radio tapes from the 90s hardcore scene force Danny to contemplate his current reality on his return to London. 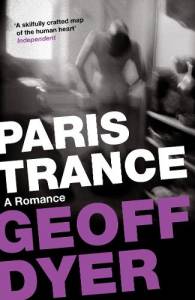 Paris Trance – Geoff Dyer
Described as Tender is the Night for the rave generation, Paris Trance is narrated by English Ex-pat Luke, who meets a new friend, Alex. Through their experiences of Parisian nightlife, they meet Nicole and Sahra. As they become ever more immersed in the decadence of ecstasy, clubbing and sex, the group’s friendship starts to spiral on a downward course. With eloquently written passages, in Dyer’s words, ‘Everyone was a spectator, everyone was a participant. 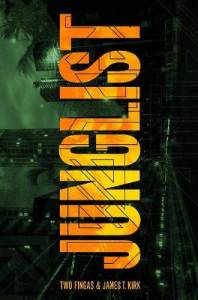 Junglist – Two Fingas & James T. Kirk
Part of Boxtree’s Backstreets series, comprised of a number of novels documenting 90s London life and urban music scenes (see also Raise Your Hands by Geraldine Geraghty), Junglist is one of the few novels to focus on jungle. The novel is authored by Two Fingas and James T. Kirk (aka Andrew Green and Eddie Otchere). Otchere is more widely known for his photography, being Goldie’s official photographer at his famous Metalheadz nights. Otchere’s images feature in our recent publication, Who Say Reload. Junglist is soon to be re-released by repeater books. 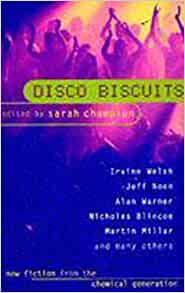 Disco Biscuits – edited by Sarah Champion
Written ten years after acid house first emerged in the UK, this anthology contains 19 short stories, with contributions from the previously mentioned authors Irvine Welsh, Jeff Noon and Alan Warner. Subtitled ‘New Fiction from the Chemical Generation,’ the collection is a literary reflection on the subculture, chronicling the increasing commercialism of dance culture, hedonism and the DJ. One of the most notable stories, ‘White Burger Danny,’ comes from the late journalist and writer, Gavin Hills. Set when ‘from Shoom to Spectrum, Super Nature to sunrise, we were filled with hope,’ the story follows a football hooligan who takes ecstacy and turns to acid house. 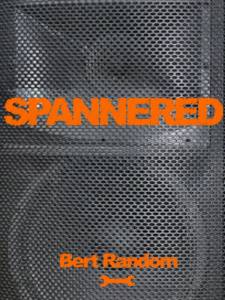 Spannered – Bert Random
Written by the anonymous writer Bert Random, Spannered is a first-person account of a single free party in Bristol in the mid-90s. Although the squat scene has been underrepresented in literature, the experimental writing style creates a vivid representation of what attending such illegal gatherings was like. In a similar style to Hunter S. Thompson’s Fear and Loathing in Las Vegas, Random’s writing is accompanied by illustrations from various Bristol artists. 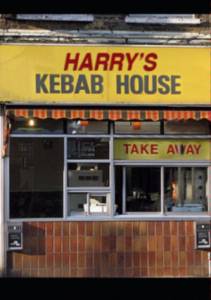 Harry’s Kebabs – DJ Dribbler
The Take Away – DJ Dribbler
Harry’s Kebabs is the debut, self-published novel from DJ Dribbler, former resident at the legendary club Pure in Edinburgh, as well as Orbital’s support DJ. The story follows five characters and how they interweave in London’s rave scene. Based on the author’s own memoirs and anecdotes which he intended to share with a friend, the compelling narrative grew into a well-developed novel that makes for a highly entertaining read. The Take Away is the road-trip sequel to Harry’s Kebabs, focusing on the same five individuals as they travel up north to Scotland. With the same signature style, on their way they meet new characters who add new life to the affable protagonists and their stories.

The White Box Shop
59 Old Bethnal Green Road, London, E2 6QA
Last year we published Junior Tomlin's fabulous coffee table book Flyer & Cover Art. Recently he's been working with low alcohol craft brewer Another Dimension on a range of can artwork for their beers. We're teaming up with Another Dimension to host an exhibition of Junior's work. There will be 22 images on display: 19 flyers and record covers plus the Another Dimension can artwork. The art will be printed onto A2 Correx board (lightweight corrugated plastic board) and all will be on sale. You'll be able to buy signed copies of the book for only £20 and if you've already bought a copy and would like it signed please bring it along. There will be a number of events throughout the day: That's not all. Everyone attending on the day will be entered into a raffle to win one of four A2 Correx boards and the first 20 attendees will receive a signed and stamped flyer for free. 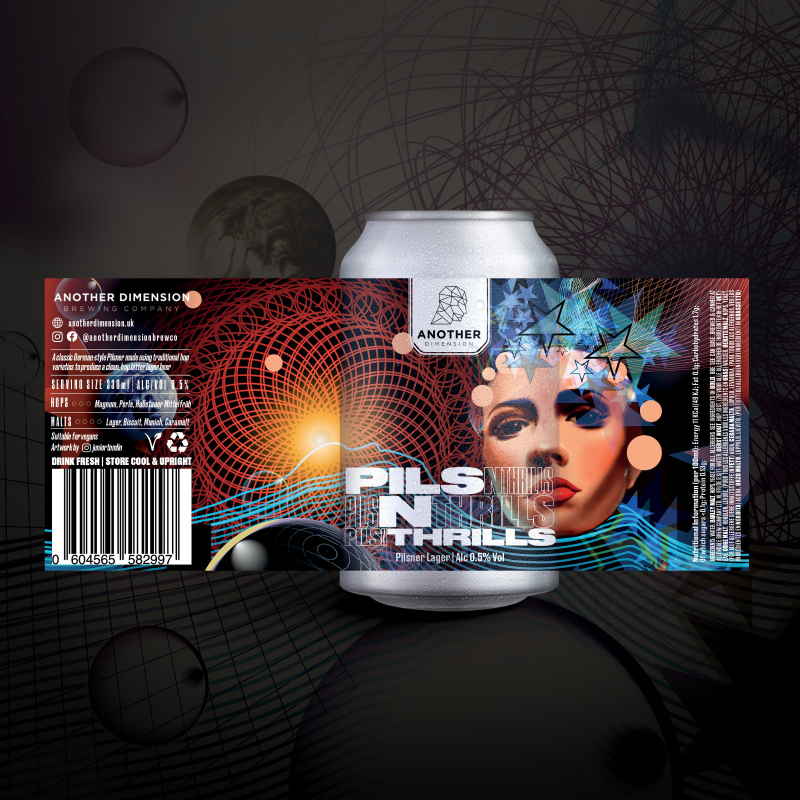 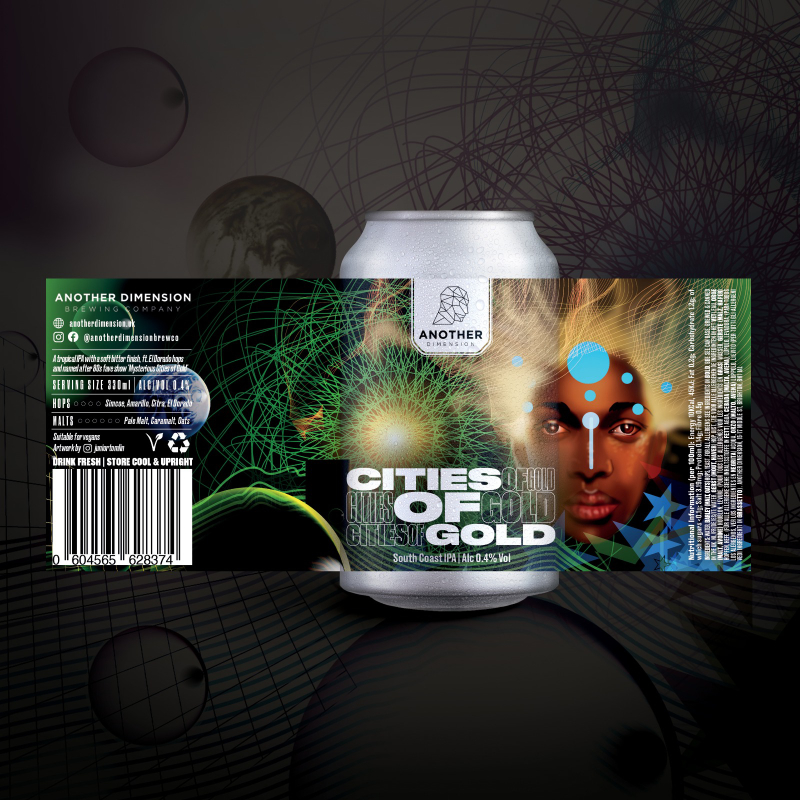 Last year we published Junior Tomlin's fabulous coffee table book Flyer & Cover Art. Recently he's been working with low alcohol craft brewer Another Dimension on a range of can artwork for their beers. We're teaming up with Another Dimension to host an exhibition of Junior's work at The White Box Shop in Bethnal Green on October 9. The event runs from 11am until 9pm and entry is free.

There will be 22 images on display: 19 flyers and record covers plus the Another Dimension can artwork. The art will be printed onto A2 Correx board (lightweight corrugated plastic board) and all will be on sale. You'll be able to buy signed copies of the book for only £20 and if you've already bought a copy and would like it signed please bring it along.

There will be a number of events throughout the day:
* 4pm: Junior will host a live session where he will draw a piece of art either in pencil or charcoal and explain the process in creating digital art the tools and breakdown.
* 5pm: Velocity Press publisher Colin Steven, Another Dimension founder Joe Reader and Junior will be in conversation each discussing their work.
* 6pm: Another Dimension's Joe Reader will present a talk and tasting session (beer tasting will also be on offer throughout the day). You'll also be able to buy cans featuring Junior’s original artwork.

That's not all. Everyone attending on the day will be entered into a raffle to win one of four A2 Correx boards and the first 20 attendees will receive a signed and stamped flyer for free.

DM if you have any questions about the day, or, to let us know if you're planning to drop by.

What a great night last Thursday for the Trip City London launch party at House Of St Barnabas in Soho. Thanks to everyone who made it along especially @msmirandasawyer for keeping Trevor and Gerald on track during the interview and to Sean Mclusky for organising the fabulous venue. We go again this Thursday (September 9) for the Manchester launch event at the offices of @reformradio . It’s invite only but catch @trevor.miller.writer.director and @aguycalledgerald being interviewed by @dj_paulette1 live on reformradio.co.uk from 8pm #tripcity #aguycalledgerald #trevormiller #velocitypress #bookstagram #book #houseofstbarnabas #mirandasawyer #electronicmusic #booklaunch

He might not look it but Ben Cardew is smiling on the inside at the publication of his debut book Daft Punk’s Discovery: The Future Unfurled!

The book is a homage to a fascinating, troubled beast of an album that casts a huge shadow over the 21st Century. It's a global view of Discovery as a cultural phenomenon, placing the album at the centre of celebrity culture, fan clubs, video, the music business etc., while also examining its profound musical impact.

It’s exclusively available now from velocitypress.uk until 3 September when it goes on general sale.

Happy publication day to Nick Sadler and #thelabelmachinebook It’s also his birthday so double reason for a celebration!

It features a detailed breakdown of how each part of the industry works, including copyright in the UK and US, record label set-up, record releases, and royalty collection.

Come and celebrate the launch at the CLF Art Lounge in London on Thursday 22 July. The free event will start with a music industry panel discussing Are record labels relevant for artists in a Spotify dominated world? Afterwards, there will be DJ sets from DJ Segal, Kyries and a special guest until midnight.

You’ll also be able to buy signed copies of the book for £12 (cash) or £13 (card) instead of the usual £14.99. All our other titles will also be on sale at special prices. #velocitypress #musicindustry #recordlabel #musicbiz #musicbusiness #book #books #nicksadler #thelabelmachine #books #musicbusinessbooks #music

Our stall at @indielabelmkt is now open. We’re at @coaldropsyard until six selling all our books at reduced prices. A few of our authors are coming along if you’d like your book signed: 1.30-2 Paul Terzulli & Eddie Otchere (Who Say Reload), 2-2.30 Harold Heath (Long Relationships), 2.30-3 Junior Tomlin, 3-3.30 A Guy Called Gerald (Trip City), 3.30-4 Nick Sadler (The Label Machine) and Synth Evolution author Oli Freke is here all day helping out and selling SE posters and tees. #tripcity #velocitypress #independentlabelmarket #ilmlondon #whosayreload #book #books

The London Long Relationships launch party at @signaturebrewe8 last week was a blast. Two down and one to go! The final event is this Thursday (8 July) in Margate at @faithinstrangersmargate. Join us for a talk about the book and a special set from Harold after.

You’ll be able to buy signed copies of the book for £12 (cash) or £13 (card) instead of the usual £14.99 and all our other titles will also be on sale at reduced prices. Thanks to @sarahhedges.london for the great pics!