Who Say Reload is an oral history of the records that defined jungle/drum n bass straight from the original sources. The likes of Goldie, DJ Hype, Roni Size, Andy C, 4 Hero and many more talk about the influences, environment, equipment, samples, beats and surprises that went into making each classic record. The book is 25cm x 25cm, and the 174 pages are printed and bound on heavyweight 130gsm paper with a hardback cover. 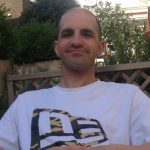 Paul Terzulli has been fascinated by music since he was nine-years-old after hearing Coldcut’s remix of Eric B & Rakim's Paid In Full in 1987 and he’s been exploring the worlds of hip hop and dance music ever since. Having spent much of that time DJing, record collecting and releasing music, he is also behind the popular hip hop blog Only Built For zShare Links.

Who Say Reload is an oral history of the records that defined jungle/drum n bass straight from the original sources. The likes of Goldie, DJ Hype, Roni Size, Andy C, 4 Hero and many more talk about the influences, environment, equipment, samples, beats and surprises that went into making each classic record.

This is the story of music forged from raw breakbeats and basslines that soundtracked a culture of all-night raves, specialist record shops and pirate radio stations. It’s the story of young producers embracing and re-appropriating new technology, trying to best their peers and create something that would have hundreds of people screaming for a rewind on Saturday night.

Photography is provided by Eddie Otchere who has an extensive archive of images, having been the photographer at Goldie’s seminal Metalheadz nights. His previously unseen visuals capture the essence of the music in a way that only someone who was fully immersed in the culture at the time could, and are the perfect accompaniment to the story being told.

Insightful and compelling, Who Say Reload takes you back to the golden age of jungle/drum & bass with the greatest artists of the nineties. This is the book that belongs on the stacks next to your wax.

Paul Terzulli says: “Despite the impact jungle had when it first hit, there was always an element of mystery about the music and its creators. You could experience it through vinyl, tapes of raves and pirate radio and, assuming you were old enough, going out to the raves themselves. However, finding out more about the creators of these futuristic soundscapes was a different task altogether. I felt that the stories of those responsible should be collated and presented in one place, rather than scattered across podcasts, YouTube videos and obsolete websites, or as anecdotes flickering past on a social media timeline.”

“Nice to see a different take on DnB’s history as Who Say Reload captures the early productions that laid down the music’s foundations.”
LTJ Bukem

“Jungle is the most unique and influential musical movement to come out of England. It’s important that the pioneers get to tell their stories like this. It’s great to see underground legends represented and put on a platform that highlights their contributions to a music genre that has become a worldwide phenomenon.”
Mampi Swift