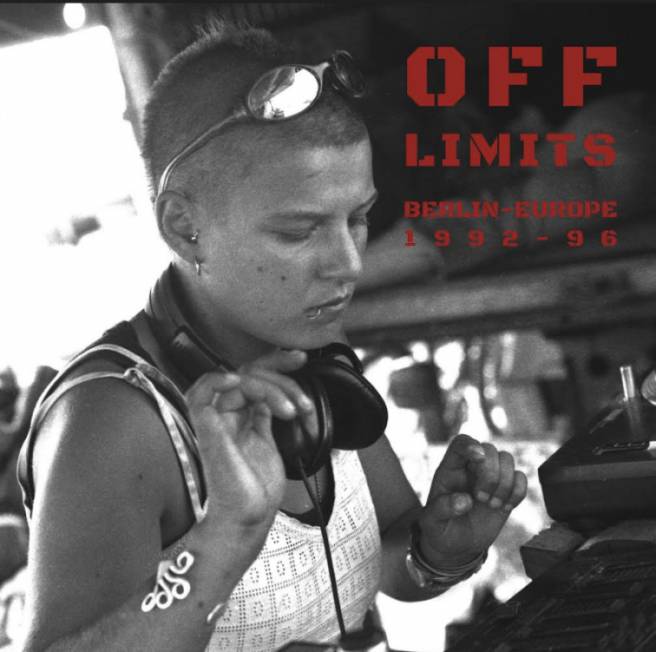 With the Bundestag’s recent recognition of some of Berlin’s most established clubs as cultural sites, to many, the German capital has now become the heartland of institutionalised, (loosely) regulated, and government-sanctioned techno in Europe.

However, as you’d expect, this hasn’t always been the case. Scotland-based but Berlin-familiar neurodivergent photographer Rab Lewin spent over three years living, squatting and throwing free parties in and around the city during the capital’s transformation after the wall came down, and his Off Limits book is the result.

An intimate visual record of his experiences embedded in Berlin’s early free techno community, the title goes deeper than the surface celebration of past hedonism. Off Limits gives frank insight into what happens when techno becomes more than a vehicle for loved-up weekend escapism and instead becomes a militant expression of freedom and a lifestyle of anarchic non-conformism.

With a foreword by fellow free party scribe Molly Macindoe, Off Limits is part of a new movement of cultural writing and photography catalouging a corner of electronic music culture where raves were rarely legal, always free and inseparable from anarchic politics. You can learn more about Rab’s work, and his recycling collective Astral Junction, here.

In this short photo story, Rab Lewin opens a window into the world of Off Limits for us with commentary on five images.

“It was incredibly chaotic and unhealthy, and I admit how I participated in that side. I want to apologise to my best friends who became enemies and thank my enemies who became friends. It was a strange and intense era in Berlin and Europe, and for us, about embracing our freedom and making a loud, friendly noise.”