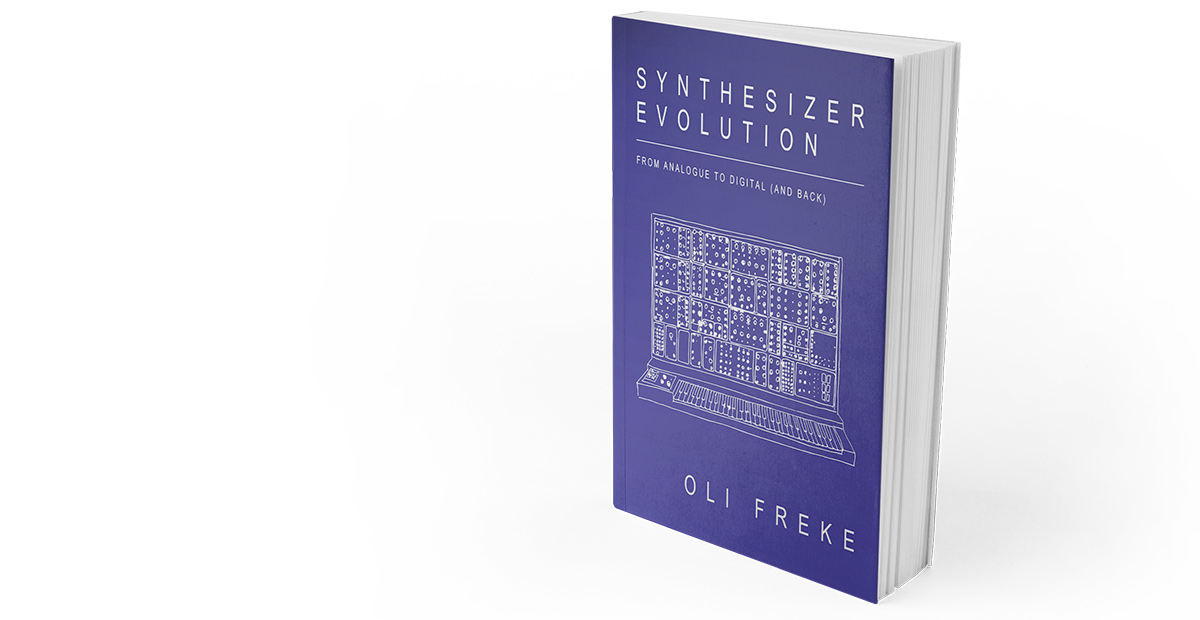 Our fifth and final book of 2020, Synthesizer Evolution, is an illustrated directory of every major synthesizer, drum machine & sampler made between 1963 and 1995. Author Oli Freke explains the evolution of the book!

I didn’t originally plan to publish a directory of (nearly) every synth of the 20th century, but it just kind of happened. I’ve always loved synths, (obviously!) and have made music with them my whole life, dating back to the Moog Prodigy that I ‘acquired’ from my secondary school. (It was broken and unloved and vintage synths weren’t a ‘thing’ yet, so my understanding music teacher let me have it). My music making with synths has led to touring with the Human League, performing dance music at the Brixton Academy, composing music for TV and many other projects over the years.

However, all this was interrupted by the birth of my beautiful daughter in 2015; for a time I no longer had the time to be so musically active – but I could grab 20 or 30 minutes here or there on the laptop while Milly napped next to me on the sofa. So my urge to do music was sublimated into this idea to create a family tree of ‘all the synthesizers’. My initial motivation was to show how the huge modulars of the 70s became the sleek digital synths of the 80s and beyond. It quickly became clear that there were too many synths to fit on one poster at the right scale – the original A0 Synth Evolution poster has nearly 400 synths on it and it’s vast! Instead, the illustrations are all roughly the same size and arranged chronologically.

I chose to use illustrations rather than photos as I’ve always been drawn to minimal design and graphical work, and it’s also a good way to make images more easily comparable. By stripping away the distractions of colour, perspective and lighting of photos it gets to the visual essence of the thing. Synths are a combination of art, technology and science (like any musical instrument), and the hope is that this is brought to the fore with the illustration stye. (And because they are also hand-drawn it brings an organic quality – like an analogue synth sound it’s not perfect and it has humanity.)

After a couple of successful years of manning a Synth Evolution stand at SynthFestUK, and the addition of a smaller ‘Greatest Hits’ poster, it struck me that I’d amassed enough data and illustrations to turn it all into a book. I thought immediately of Velocity Press as I’d greatly enjoyed their recent books covering dance music culture and art, and happily for me, they could also see the potential in the idea of the Synth Evolution book.

After spending some time compiling the book and checking the stats, it occurred to me that I’ve done the classic thing of returning to one’s first inspiration. Whilst at secondary school in the mid 80s, my friend and I were obsessed with the Keyfax books by Julian Colbeck that (for some reason!) were in the school library. We must have read the two volumes of this synth directory book every day for years! And here I am, having created the same thing. Only a more expanded version, with the more recent additions and a less harsh evaluation of the quality of those vintage synth. It’s amusing that Julian Colbeck gives the Korg Mono/Poly a one-star review, but that synth is now considered a classic and will cost you over £1,500!

But Keyfax has been out of print for decades, and amazingly – given the resurgence and dominance of analogue and modular synthesis in the electronic music world today – there doesn’t seem to be any equivalent available any more, and even the websites that exist for the synth fan to look up the vital stats of their favourite machines aren’t actually fully complete either. (More by design than accident, I should add, as their focus can be different). As far as I can tell, this is the most complete listing of the synths made between 1964 and 1995 available.

In any case, I’ve tried to compile the most complete directory I can, and as accurately as I can. I fear that with any project of this sort there will be mistakes and errors, but I’m fairly confident the knowledgable synth community out there will be only too quick to point these out 🙂 (And if you do, I’ll be happy to credit such errata on my website!)

I’m hoping that by creating this work it’ll provide a definitive list of these wonderful machines, along with their vital statistics, and an aid to appreciating how they’ve shaped the electronic music of the last 50 years. 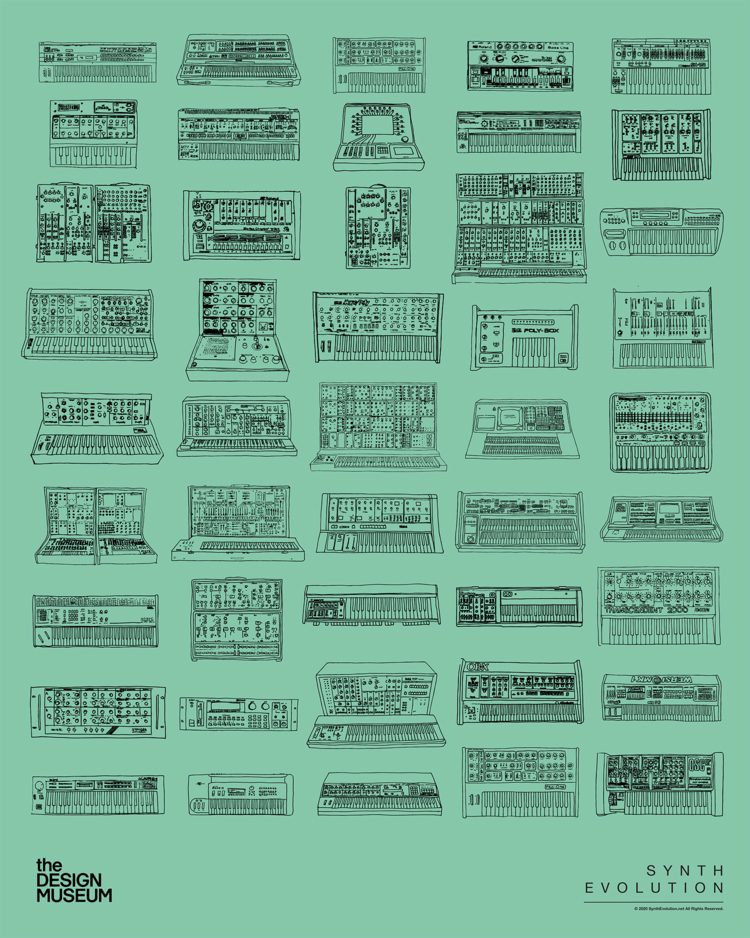