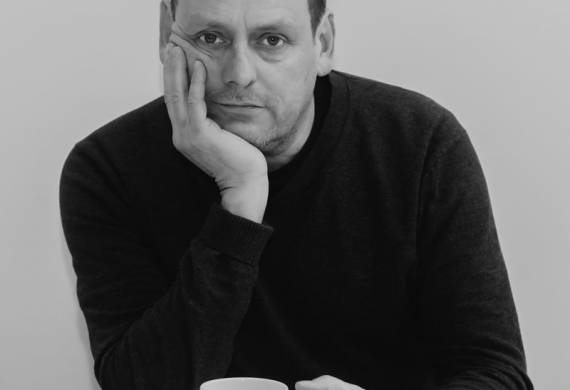 In 1986, already a veteran of both the Haçienda and numerous festivals, Mark Harrison moved from his hometown of Bolton to Nottingham, intending to become a human rights lawyer.

Instead, he became Harry Harrison and a founding member of DiY, an ever-expanding collective of DJs, party organisers, clubbers, travellers, visionaries and degenerates who achieved international notoriety in the early nineties following their involvement in seminal outlaw events such as the Castlemorton free festival, legendary club nights and music production including an album for Warp Records.

In addition to steering DiY through the debauchery and hedonism of the era, Harry also championed their political and social significance, and that of the wider free party movement, writing numerous articles for magazines such as i-D, The Face, Mixmag, DJ Mag and XLR8R. He has been a regular on various discussion panels, including with Howard Marks at the Ministry of Sound, the Salon team at Festival 6 discussing acid house, and the infamous panel on Superclubs at Glasgow’s In the City music festival.

As the rave generation burned out at the end of the nineties, Harry continued his research whilst living in London and San Francisco, eventually landing in rural Wales where he lives a relatively quiet life and finally wrote this book after twenty years of talking about it.