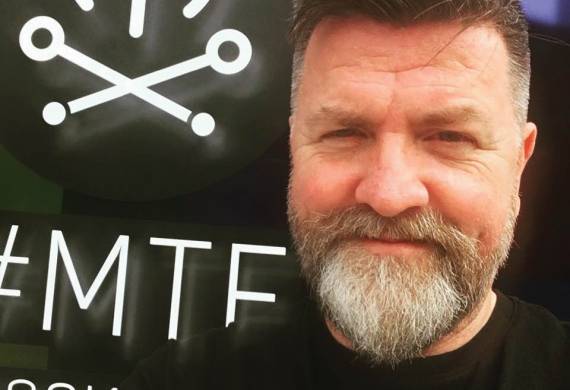 Martin James is an internationally published music critic who has contributed to some of the UK’s leading music magazines. He was part of the editorial team that produced legendary dance music magazine Muzik and has written for DJ, Mixmag, Electronic Sound and Urb. He also regularly contributed articles about jungle, drum & bass, UK hip hop, dub reggae and electronic music to The Guardian and The Independent. Martin has written several books about urban and electronic music and culture including French Connections, an account of the emergence of the late 90s French Touch scene that he first defined through his early coverage of the Parisian rave, house and hip hop scenes.

Martin is also the author of the definitive biography of The Prodigy. Now in its third edition, We Eat Rhythm covers the band’s early years and was written in close collaboration with the band. The second part of the biography We Live for the Beats was published in 2020. Martin is Professor of Creative and Cultural Industries at Solent University, Southampton where he lectures on underground music and the music industry.