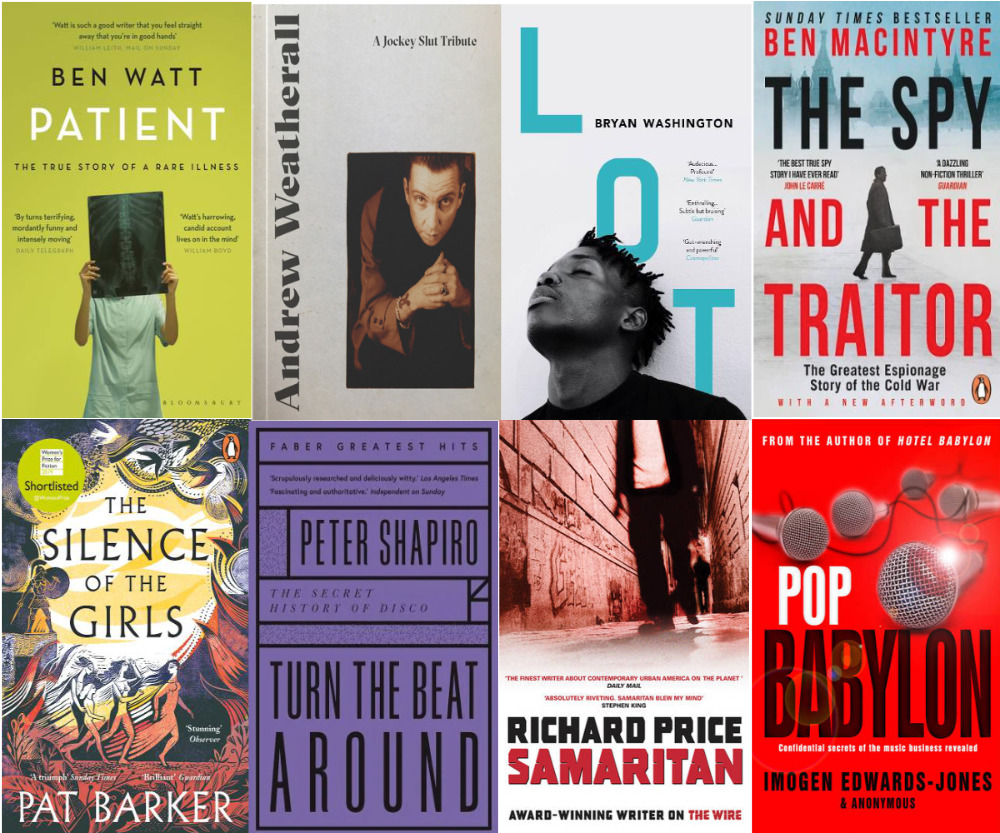 Find out what Velocity Press family and friends are reading and recommending this season. From music biogs to spy thrillers, we’ve got your spring reading covered. 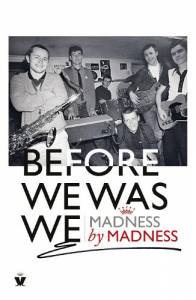 Before We Was We: Madness by Madness
As someone born in 1977, the late 70s / early 80s always feel vaguely close by to me. But Before We Was Madness – an account of the band’s early years around North London that ends when fame calls – makes the 40 years between that period and now feel like an eternity.

The portrait of London that Madness sketch in this oral history is utterly alien and totally captivating, a brilliantly rendered image of playing in bomb sites, bunking off to France on the back of a train and the ever-present threat of violence. This is a rare musical bio that should be of interest to everyone, fans and otherwise. 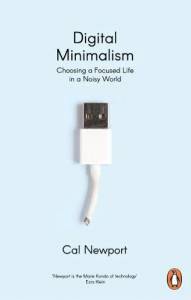 Digital Minimalism by Cal Newport
“Cal Newport has become one of the key figures in the battle to reclaim our minds. Sounds a bit melodramatic but the way in which social media and digital devices have captured our attention has a sinister edge, as multi-billion pound corporations sell our attention to the highest bidder.

Cal’s book, a follow-up to his previous title Deep Work, explains digital minimalism as a lifestyle choice and explains all the necessary steps you can take in order to take back control of your life from digital media.

It’s written in an easy to understand, non-judgmental tone and I found it incredibly useful when I was pulling away from social media earlier in the year. I haven’t quite adapted the ethos of digital minimalism as a full-time lifestyle but I’m planning to revisit the book and follow the instructions to finally get some autonomy back… 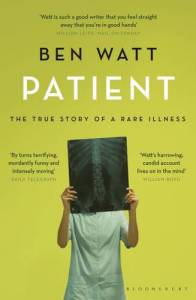 Patient: The True Story of a Rare Illness by Ben Watt
Everything But The Girl’s music and lyrics have always invited us to share the intimate spaces of their hearts and minds. Ben Watt’s book Patient, detailing his protracted descent into a near-death illness, was a fascinating, emotional, engaging and true reflection of the weeks and months spent on the edge of life, in a London Intensive Care Unit. 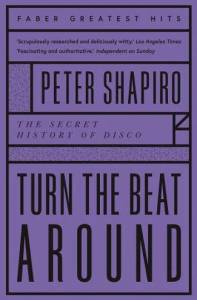 Turn The Beat Around: The Secret History Of Disco by Peter Shapiro
Bought this years ago and recently found it lurking unread on the shelves… turns out to be the best book on disco I’ve ever read (and I’ve read a LOT of them). Particularly good on putting disco into the political/economic/social context of the 1970s, on the cross-pollination between disco and Northern Soul, and on the symbiosis between disco and punk, two genres/movements that were supposedly diametrically opposed. 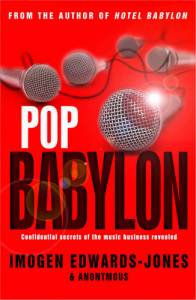 Pop Babylon by Imogen Edwards-Jones
On the one hand, a trashy novel about a disillusioned indie manager putting together a boyband. But it’s all based on talking to real-life music industry people and, quite apart from the lurid tales of debauchery and excess, would actually serve as a pretty good primer for anyone starting out – detailing, for instance, the various ways unscrupulous managers and labels can rip off naïve artists. 50p in the charity shop but, much to my surprise, highly recommended. 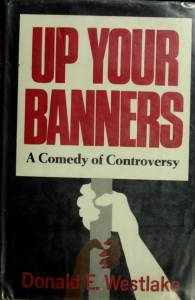 Up Your Banners by Donald E Westlake
Another charity shop find, this is a late 60s US novel set in the Civil Rights era. It’s interesting to read now because it shows how far we’ve moved on in terms of racial equality, in one way – and in another, how much we haven’t. Here’s to not STILL be needing to have the same conversations in another 40 years, eh? 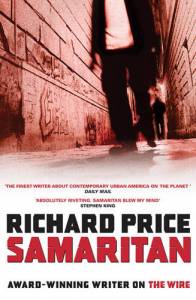 Samaritan by Richard Price
Richard Price (Clockers, The Wanderers, Freedomland) is one of those writers who, because he writes ‘crime fiction’, will only be acknowledged as a ‘great author’ 50 years after he’s dead – it happened to Dashiell Hammett and Raymond Chander, and it’ll happen to Richard Price and George Pelecanos. Trust me. 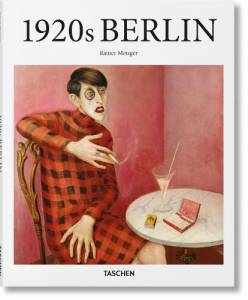 1920s Berlin by Rainer Metzger, Taschen
I love buying art books, though once you get a taste they’re more financially ruinous than a crack habit. This one from Taschen analyses some amazing artists and their work, from pioneers of collage Hannah Höch to filmmaker Fritz Lang.

I also love the idea that the post-lockdown period could be an explosion of hedonism and social change; a new jazz age – although many of the visual artists ended up chased out Germany or worse by the Nazis as purveyors of ‘degenerate art’ a decade later, so avoiding that part would be good. 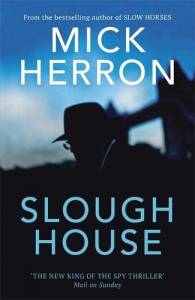 Slough House by Mick Herron
The Slough House series of thrillers, about a crew of hopeless MI5 rejects blundering their way through events that often seem like they could easily be ripped from tomorrow morning’s headlines, are gripping, hilarious, and deeply un-put-downable; think John Le Carre meets John Kennedy Toole.

Mick Herron has a wonderful technique of dropping you into the middle of the action that immediately puts you in the shoes of characters with very little idea of what’s going on – and every chapter feels like a cliffhanger.

This is the seventh and latest, and as truly excellent as the rest of the series so far – in fact, I sent the first one to my mum and as soon as she was finished she bought the rest and didn’t sleep until she’d caught up. 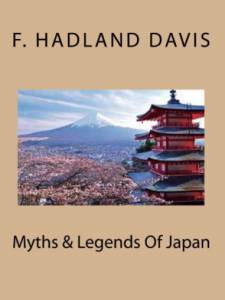 Myths & Legends Of Japan, F Hadland Davis
I’m always mining the deeper recesses of the Kindle store for books that are good for ‘bedtime’. Something that calms the mind and eases the transition to sleep without demanding to be ‘finished’. I was on an ancient history tip for a good while, but this collection of Japanese folk tales, published in 1912, is just the thing, full of fantastical stories but with a sedate Edwardian pace and sensibility that makes it ideal to drift off to. And it cost me £0.99. 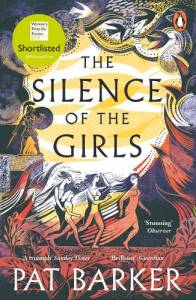 The Silence of the Girls by Pat Barker
A brilliant retelling of the Battle of Troy from the perspective of a captured Trojan queen, Briseis, who ends up as Achilles’ consort. Weaves the mystical aspects of the Greek gods with the earthier life in a makeshift camp with the soldiers who are actually doing battle outside King Priam’s castle fortress.

Ultimately, our heroine plots her escape after giving her eye-witness account of living with the Greek gods Achilles, Patroclus and more, bringing them very much down to earth as characters who are all too human. As well as, of course, giving voice to all the horrors of war that women have endured through the centuries as victims of violence and the mourners of their husbands, sons and brothers lost to battle. 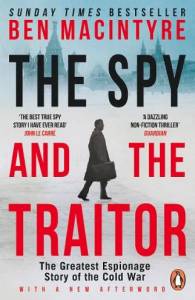 The Spy and the Traitor by Ben Macintyre
The extraordinary true story of a KGB double agent planted deep within the Soviet system who leaked thousands of files to the British. It’s complete with all the kind of spy stuff that one thinks is fiction, but was actually done during the cold-war – dead-drops in tree trunks, standing outside particular cafes holding a Safeway bag to signal that information is coming, and the thrilling finale is an attempt to escape across the border under the noses of the Russians. Really exciting stuff, and I’ve just downloaded his new one ‘Agent Sonya’ about a Russian spy who leaked British nuclear secrets to the Russians…can’t wait!

Having just read the latest Slough House novel by Mick Herron, it’s interesting to compare the two. Previous Slough House’s have been really good and vaguely plausible. But this last one rests too much on previous character tropes and feels very one dimensional now; the plot didn’t really have much to it either. Hopefully, he’ll be back on form by next time. 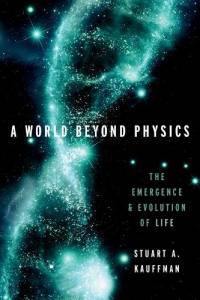 A World Beyond Physics by Stuart A. Kauffman
A hard book to summarise, but is like a short and punchy extended essay on the science of emergent complexity and how reductionism doesn’t (or can’t) always answer deep questions like ‘how did life begin’.

A lot of information on interconnected systems and how they could have bootstrapped life and consciousness. And how it’s not possible to predict emergent behaviours from simple components (‘unprestateability’ he calls it!)

The first section almost defeated me – how pure information transfer can generate heat energy, but it got a bit easier to follow after that. I need to read it again actually! I thought I understood it and now I come to talk about it… not so much! 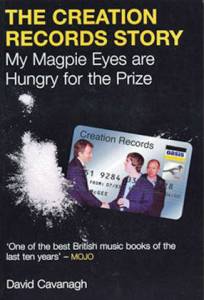 The Creation Records Story: My Magpie Eyes are Hungry for the Prize by David Cavanagh
I went to uni in Sheffield during the 2000s and back then, Fopp Records on Division Street was the first port of call if you were music-obsessed and your student loan had just landed in your account. This brilliant book by the sadly departed David Cavanagh on the rise and fall of Alan McGee’s label was always in stock. They had large, teetering piles of it in store. But I never got round to picking it up for the measly £3 they were asking, put off by its length and weight.

Fast forward 15 years and it’s out of print meaning I had to scour the web to get hold of it before managing to track down a dog-eared copy on eBay for £20. Despite missing out on a bargain all those years ago, it’s well worth it – it’s an incredibly detailed take on the lunacy, laughs and fall-outs behind one of the UK’s most celebrated labels. 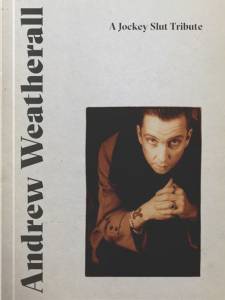 Andrew Weatherall: A Jockey Slut Tribute
Jockey Slut has always been a great dance music publication, piss-takingly irreverent but fired up with a passion for mind-bending electronic music. It’s sadly been dormant for some time but the original team passed it the smelling salts and revived it for this one-off tribute to the legendary Andrew Weatherall last year.

Mixing up oral history with first-hand accounts of his closest accomplices, it’s a reminder not just of his cultural legacy but of the many musical realms he wielded his sabre so brilliantly within. 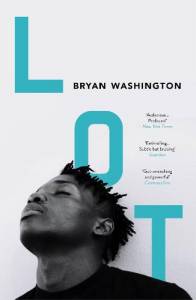 Lot by Bryan Washington
Black American author Bryan Washington is a fast-rising literary star in the US, particularly after being touted by Barack Obama. His debut collection of short stories explores life in Houston in Trump’s America across various districts of the city, with characters at times desperate and disenfranchised.

The tales included are interconnected and intimate, offering a portrayal of life in America’s underbelly you don’t often read about it. Having written for The Fader, Vulture and GQ, Bryan is a young queer writing talent well worth getting to grips with.

Signature Brew Haggerston
Railway Arch 340, Acton Mews, London, E8 4EA
Paul Terzulli and Eddie Otchere will be in conversation at Signature Brew Haggerston on Thursday 27 May at this free event to launch their new book Who Say Reload. After the talk, Paul and Eddie will also play vinyl-only old skool jungle DJ sets. You'll also be able to buy signed copies of the book for £20 (cash) or £21 (card) instead of the usual £25. All our other titles will also be on sale at special prices. There will be measures in place at the venue to ensure the safety of customers and staff. Inside it will be seating only. A risk assessment has been conducted and a series of measures have been implemented to improve social distancing at the Taproom whilst still providing a great experience. The venue capacity will be strictly monitored so please book a table now to avoid disappointment.
Read More