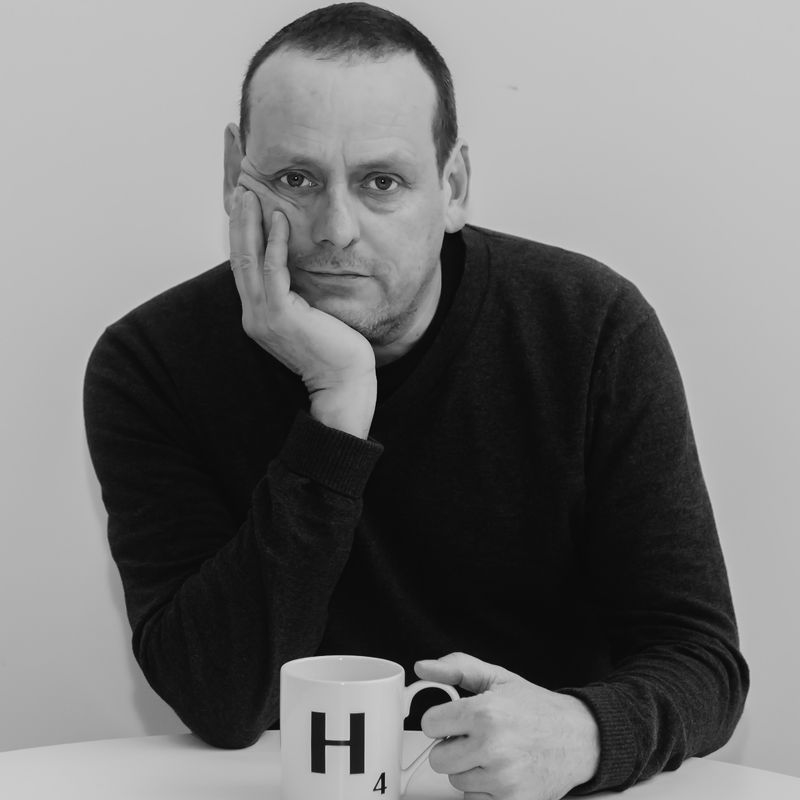 Our second book of 2022 is Dreaming in Yellow, a biography of the infamous free party collective DiY and the remarkably eclectic, outrageous and occasionally deranged story of them doing it themselves. Here author Harry Harrison explains how he came to write it.

Having landed, by luck as much as judgement, in the vanguard of the free party movement in the early 1990s as it exploded into national consciousness over the summer of 1992, I always felt that the real story of that movement would one day need telling.

The tale of urban acid house converts teaming up with rural traveller outlaws to launch an all-out electronic assault on middle England was just so viscerally compelling that I knew someone who was there from the start needed to write that story, and I wanted it to be me.

Born and raised in Bolton, I moved to Nottingham in 1986 to study, but instead, I spent way too much time in nightclubs, captivated by the early house DJ sets of Graeme Park and by the time my degree finished, I seemed to have become a rave promoter instead.

My book is about DiY, the dance music collective that I helped to establish and our adventures in the wild world of nineties rave culture. I had harboured writing ambitions since I was a teenager, furiously reading any radical literature I could lay my hands on: Rimbaud, Sartre, Henry Miller, Kerouac, Hunter S. Thompson.

Outlined at length in the book, the individuals who started DiY came from a variety of musical backgrounds, involving the protestation of the anarcho-punks such as Crass, the salacious seduction of free festivals and the situationist antics of Factory Records. Throw into this a love of hip-hop, disco and soul and you have a heady mix that what just waiting for acid house to ignite it; an eruption that caught the imagination of a generation.

During the DiY years, I was a fairly constant contributor to magazines such as i-D, The Face, Mixmag and DJ, but I always dreamt of writing what would finally become Dreaming in Yellow. As the tail-end of the nineties staggered towards the millennium, the rave scene had left a whole swathe of victims behind, and I was one of them. The wild chemical abandon of acid house had inevitably led to some dark places, places from where writing a book were highly unlikely.

After leaving my adopted city of Nottingham in 1999, via a year or so in London, I spent seven years in San Francisco before returning to the UK in 2007, meeting my current partner and moving to rural Wales, where I have since lived. Having finally got a proper job at the age of 44 to support our new child, the discipline of work meant I could finally get serious about writing. In the winter of 2018, I tentatively began, and Dreaming in Yellow has been written since then in chunks of time purloined through parental leave and snatched moments of freedom.

Many books have been written about acid house and the rave explosion that followed it, most notably Matthew Collin’s seminal work Altered State (Matthew has kindly provided the foreword too). The free party/festival scene went almost undetected by the mainstream media, at least until the huge free event on Castlemorton Common woke them up to the revolution in their midst.

Free parties were not a viable market to sell to; no one was in control, there was no public persona. By definition, events happened in darkness in the middle of nowhere and had often disappeared by the morning. And so, in those pre-internet days, the media largely missed it. And yet, it was a genuine phenomenon that changed the consciousness and attitudes of hundreds of thousands of young people and the camaraderie and social change which the scene engendered still echoes down the decades.

Dreaming in Yellow is my attempt to summarise the events of that tumultuous period in time when house music broke out of its urban constraints and became the rallying cry for social revolution. Hopefully, the book succeeds in contextualising those halcyon days for those who were there, communicating the sheer wildness and abandon to those who weren’t and perhaps even providing a manifesto for those who would come later.